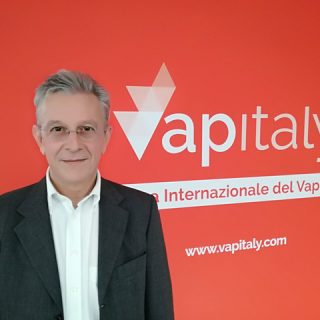 Vapitaly: the international appointment for the vaping industry

MosÃ¨ Giacomello: âOur exponential growth garners the attention of the Regional Executive Committee. Being awarded âInternational eventâ status is the first step on a path of further developmentâ

The Veneto Regional Executive Committee passed a resolution in June establishing Vapitaly, the vaping exhibition held at Veronafiere each year, as a trade fair of international significance. Vapitaly was subjected to the verification procedure â started already at the beginning of 2017 by Vapitaly chairman MosÃ¨ Giacomello â and passed all the related tests, thus obtaining institutional recognition of the international profile that the event has now assumed.

In the words of MosÃ¨ Giacomello â âIt's a source of great satisfaction: weâve grown at an astonishing rate over a period of less than two years. Today, we're the top European vaping fair in terms of attendance, with a growing number of foreign exhibitors, who currently account for 50% of the total. Based on these factors and other aspects of the event, the Veneto Regional Executive Committee has decided to classify the fair as an event of international standing, a definition that makes us proud of our achievements and further raises the profile of Vapitaly, preannouncing a period of renewed growth and developmentâ.

Thanks to the resolution of the Regional Committee, Vapitaly has now become an officially sanctioned international vaping fair, leading to ever higher levels of visibility for exhibitors. Satisfaction with the outcome was also expressed by Veronafiereâs management: âThe âinternational eventâ tag confirms Vapitalyâs success in terms of growth and underscores the interest of the exhibition centre in continuing to support its developmentâ.